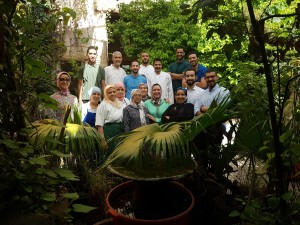 Riad Idrissy & The Ruined Garden are run by a Moroccan team.  Many have been working here since we opened, many are from the immediate neighbourhood.  They want you to feel at home, relaxed and looked after.  Their service is warm and friendly.  There is a feeling of Family here. 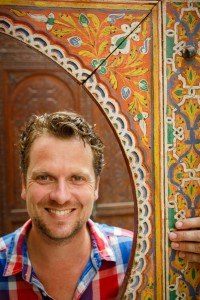 Robert Johnstone came to Fez in the Autumn of 2010 to design the furnishings and interior of Riad idrissy and to make the adjoining ruin into a garden for a friend.  After a year of work the house was ready and the garden was beginning to take shape.  Robert was keen to use the freedom he had been given to design and fill both spaces slowly, removing mistakes, refining the look and feel once open over the following 3 years.  The Riad Idrissy opened in 2012 and The Ruined Garden just under a year later.

To make a direct booking with the owners or for a personal reply to any questions.